Medical cannabis rules are a completely different ballgame from the laws surrounding recreational cannabis. Understanding how medical marihuana Health Canada rules and regulations apply to you is the first step in accessing medical cannabis.

Would you like to grow medical marijuana at home in Canada? Just enter your email below to learn about our ACMPR prices and procedures

What Is Medical Marihuana?

Before getting into the specifics of medical marihuana Health Canada laws, it’s important to understand the basics of medical cannabis and who can benefit from it.

Using medical marihuana isn’t about the psychoactive high that is a common outcome of consuming cannabis. It’s about using the chemical compounds found in the plant to treat illness and disease, alleviate pain, and calm the mind. Here’s how it works:

Each cannabis plant is made up of over 100 different cannabinoids, or chemical compounds, like tetrahydrocannabinol (THC) and cannabidiol (CBD). When consumed, these cannabinoids attach to the receptors of the brain, affecting each individual in different ways.

For example, consuming high levels of THC often leads to a psychoactive high, while high levels of CBD without THC have more therapeutic effects. Both THC and CBD can be used in a variety of ways, which medical patients in Canada are starting to take advantage of.

Who Can Benefit from Medical Marihuana?

Many individuals can and have benefited from using the best medical marihuana Canada has to offer.  The main reason for this is that cannabinoids like CBD are anti-inflammatory in nature – and inflammation is responsible for many health issues, like chronic pain.

But before jumping headfirst into the world of medical marihuana, be sure to consult with a healthcare professional about your specific condition and how using weed can help.

Now that recreational cannabis is legal Canada-wide, it’s possible to buy weed and even grow up to 4 plants without a prescription or grow license. But for Canadians using weed for medical purposes, there’s a specific set of medical marihuana Health Canada regulations to abide by.

Compared to recreational laws, there are some differences in the amount of medical cannabis you can possess, licensing processes, and accessing medical-grade products.

What Are the Public Possession Limits?

The first difference between recreational and medical laws has to do with how much marihuana can be possessed in public places. Recreational weed users are only able to publicly possess up to 30 grams of dried cannabis at a time.

Canadians who are licensed with the medical marihuana Health Canada department can possess much more than 30 grams. They’re allowed to carry up to 150 grams or a 30-day supply based on an official medical document (whichever is less of the two).

For those of you who plan on carrying more than the 30-gram recreational limit, ALWAYS carry your Health Canada registration document. If you’re ever confronted with local law enforcement, you’ll be able to show proof that your public possession limit is over 30 grams. What About Storage Limits?

In the past, medical marihuana patients in Canada were limited on the amount of cannabis they could store at home. The good news is that these storage limits have been eliminated altogether.

Recent changes to medical marihuana Health Canada regulations have removed personal storage limits for both recreational and medical marihuana Canada users. This means you can store as much medical weed at home as you want, no questions asked.

What Is a Health Canada Medical Marihuana License?

A medical license in Canada allows a license holder to easily access medical marihuana. This license will only be granted to those who have received a medical document from a licensed doctor nurse practitioner.

Holding a license for access to medical cannabis means that you can either purchase medical weed from a federally licensed seller (FLS) or you can grow it from home. No matter which one you choose, there is an application process involved before Health Canada can register you.

How to Apply for Your Medical Marihuana License?

According to medical marihuana Canada laws, the first step in the licensing process is to receive an official prescription from a medical professional. Doing this on your own can be difficult since not all doctors and NPs are willing to prescribe medical cannabis to patients.

There’s no reason to go at it alone, though. Canadians who partner with a Health Canada consulting agency like Cannabis Growing Canada are immediately connected with compassionate medical experts with an online appointment.

After receiving a medical document, the next step is to fill out the Health Canada application forms. Triple check these before sending them to the Health Canada HQ for review. Once reviewed and approved, you’ll receive an official registration document in the mail.

Would you like to grow medical marijuana at home in Canada? Just enter your email below to learn about our ACMPR prices and procedures 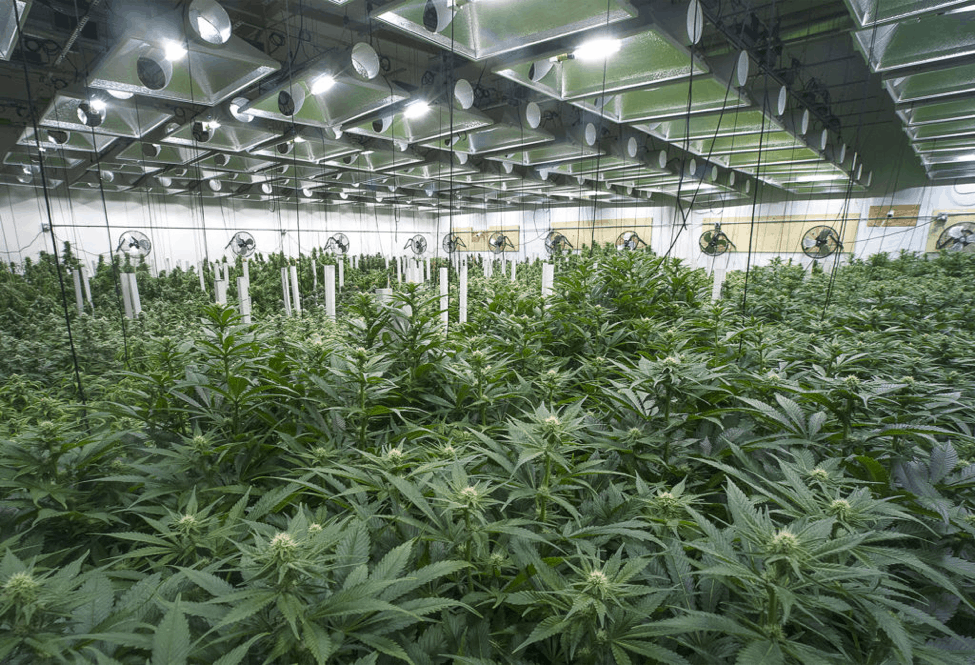 How to Renew Your Medical Marihuana License?

Just as you would have to renew a prescription for Ritalin or birth control, the same goes for medical marihuana. Even if you already have a medical marihuana license, you’ll still have to go through a renewal process each year once your license is due to expire.

The first step in renewing your Health Canada registration form is to renew your prescription. Then you’ll have to complete more government paperwork, but this time make sure to tick the box at the top of the forms that says “Renewal”.

Renewal applications are typically processed faster than first-time applicants. Even so, try to apply for renewal between 2 and 3 months before your registration form is set to expire. That way there won’t be a lapse between your old and new medical marihuana Health Canada license.

Many medical marihuana users in Canada prefer to grow their own weed for easy access to their medication. But growing isn’t for everyone – it takes hard work, patience, and time to grow on your own. The alternative is to access cannabis from a federally licensed seller (FLS) instead.

If you take the FLS route rather than producing medical cannabis on your own, make sure to only purchase products from licensed sellers. The list of official licensed producers and sellers can be found on the medical marihuana Health Canada official website.